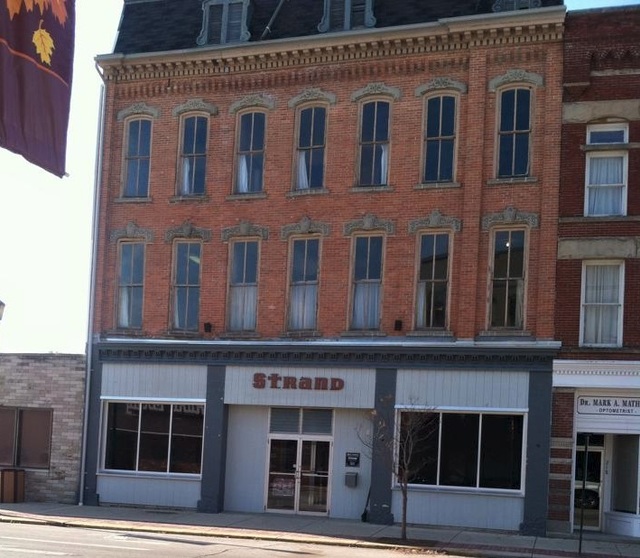 The 700-seat Strand Theatre opened on April 8, 1915 with “Neptune’s Daughter”. In December of 1928, the theatre added a $15,000 “golden voiced” Page organ. But it was sound that was wanted and the Strand Theatre installed a Western Electric for talkies the following year. Schine Circuit took on the theatre in 1931 and - after promising a new Strand Theatre - abruptly closed it on June 7, 1931 after a showing of “Scotland Yard”.

After serving as the Masonic Lodge, in 2011, the theatre was converted back to its Strand roots as a live venue called the Strand Concert Theatre.