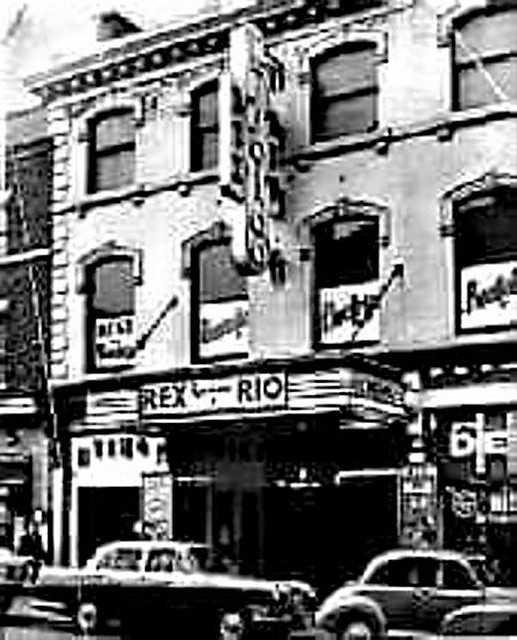 Located in Newcastle-under-Lyme, Staffordshire. A conversion of part of a former flour mill & auction room, the Pavilion Cinema was opened on 6th November 1922 with Norma Talmadge in “The Sign on the Door” & J.L. MacGowan in “Cold Steel”. I was operated by Robert Beresford. There was a large flat roof on the building which was capable of being turned into a tea garden. In the late 1920’s it was equipped with a Western Electric(WE) sound system.

In June 1931, Tom Beresford opened the adjacent Regal Cinema which shared its entrance with the Pavilion Cinema (the Regal (later Rio Cinema) has its own page on Cinema Treasures).

The Pavilion Cinema was taken over the the Southan Morris chain of S.M. Super Cinemas in 1946 and was re-named Rex Cinema. On the 26th August 1954 S.M, Super Cinemas were taken over by the Newcastle-upon-Tyne based Essoldo Cinemas chain. It was closed due to structural defects on 24th October 1971, but was re-opened by the Classic Cinemas chain on 2nd April 1972. The Rex Cinema was closed on 21st July 1973 and was demolished in March/April 1976 together with the adjacent Rio Cinema. A Lloyds Bank now stands on the site.