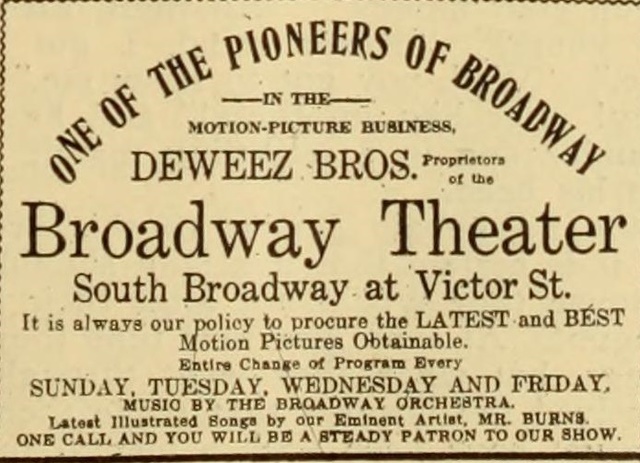 On of the four theatres that lined South Broadway, all owned and operated by the Samuel Komm Theatres. The Broadway was located at the beginning of the South Broadway shopping district. It was always called the Little Broadway by all the neighborhood people.

It was a single floor theatre with a rather decorative auditorium, red draperies and plush seats for the era. It had a small crystal chandelier in the small lobby. Komm was always putting on some sort of promotion and the people flocked to the theatre to participate.

When the Nooter Boiler wanted to expand, the property was bought and the the theatre demolished.