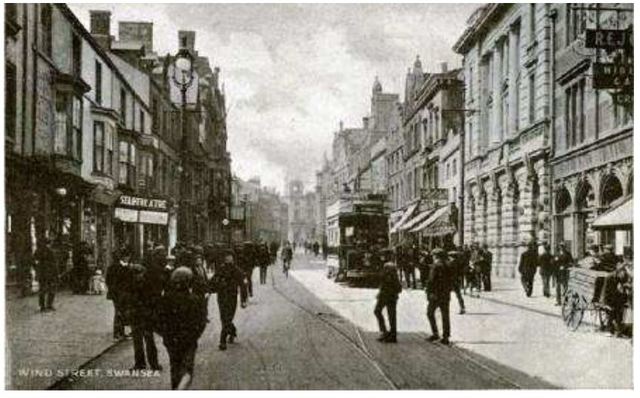 The Rialto Cinema opened in 1932 on the site of the Star Theatre which was demolished in the early-1930’s. It was operated in the early days by the Picton Theatre Company of Cardiff and had 1,040 seats. It had a 25ft wide proscenium and there was a stage snd six dressing rooms. It was equipped with a Western Electric(WE) sound system. It closed in March 1959 and was later demolished. The site is now occupied by a restaurant called the Smoke Haus.