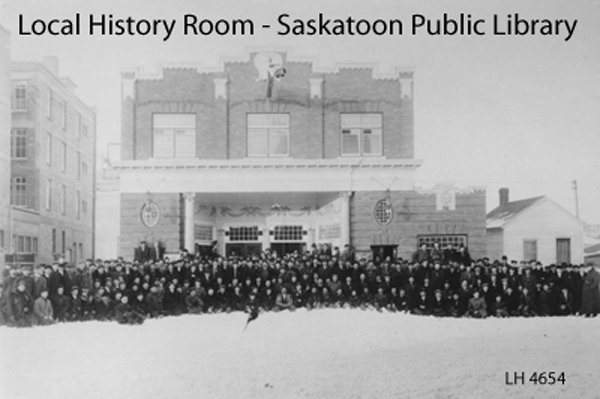 The Strand Theatre opened on October 2, 1912, as a legitimate house. It later became the Sherman Theatre and the Provincial Theatre. Finally it was renamed the Thelus Theatre for a village in France that had been recaptured from the German army by troops from Canada’s prairie provinces during World War I.

The Thelus Theatre was closed sometime around 1920 and converted into the Regent Pavilion Dance Hall. It has been demolished.