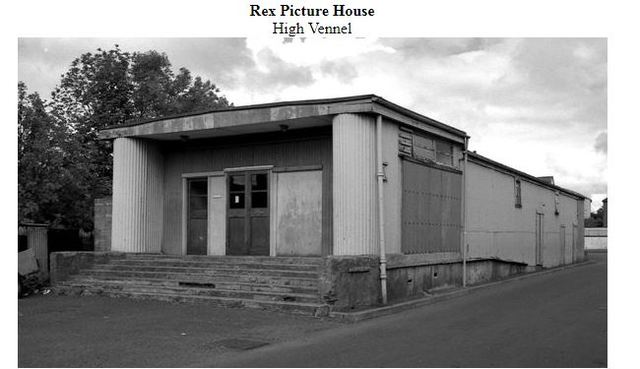 Located in Wigtown, Wigtownshire. The Rex Cinema was built by George Gouldson and sited in Newton Stewart. When a new cinema was built there in Victoria Street in 1933, the earlier cinema moved to Wigtown. An Art Deco style front from the Lyons tech pavilion was added from the Glasgow Empire exhibition in the late-1930’s. It was equipped with a British Thomson-Houston(BTH) sound system. By 1953 it was managed by Kingsway Pictures, Whithorn and had gone over to part time bingo. Films gave way to bingo until the late-1980’s and the Rex Cinema was demolished in 1990. A photo originally on Wigtown heritage shows a very temporary looking prefabricated building running parallel to High Vennel. The site is now used as a parking space for a doctors' surgery.