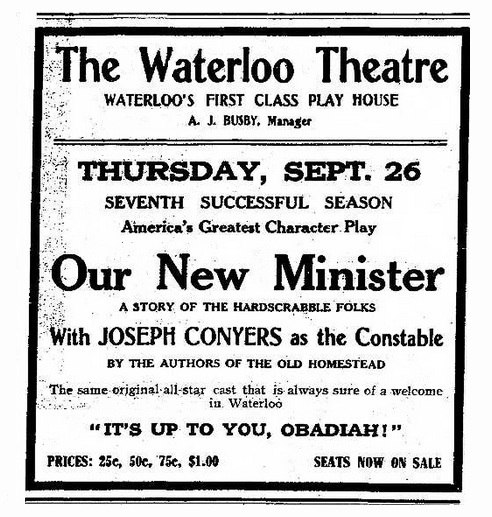 The original Waterloo Theatre opened in 1907. The architect was Sidney Lovell of Chicago. The 1,256 theatre had 600 seats in the orchestra and launched on August 27, 1907. The theatre fulfilled a 30 year lease closing in 1937. It was demolished in 1938. Another theatre would take on the Waterloo’s moniker.