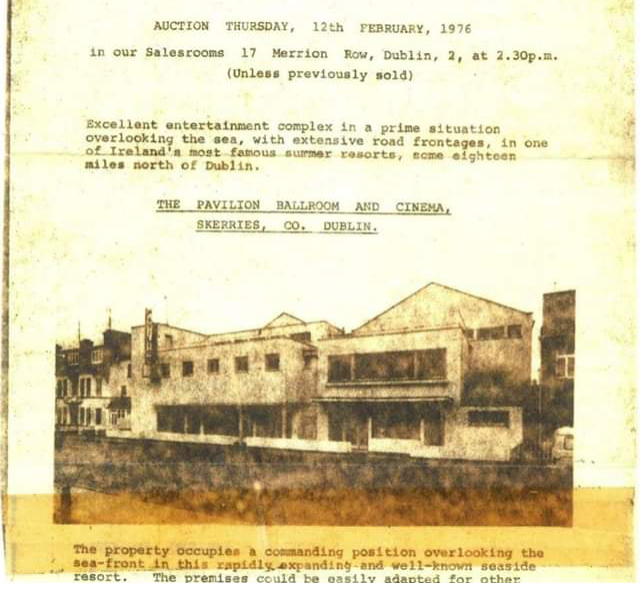 Located in Skerries, County Dublin. The Pavilion Cinema opened in 1948 and was built on the site of the Pavilion, which included a cinema, roller-skating rink and baths. It had 700 seats with a café and ballroom attached. It was operated, like the previous one, by the Flanagans and lasted until at least 1981. In the 1980’s it was converted to a swimming pool and was later an auction room, but was demolished for a block of apartments called The Tides.

Was still screening films in 1981.