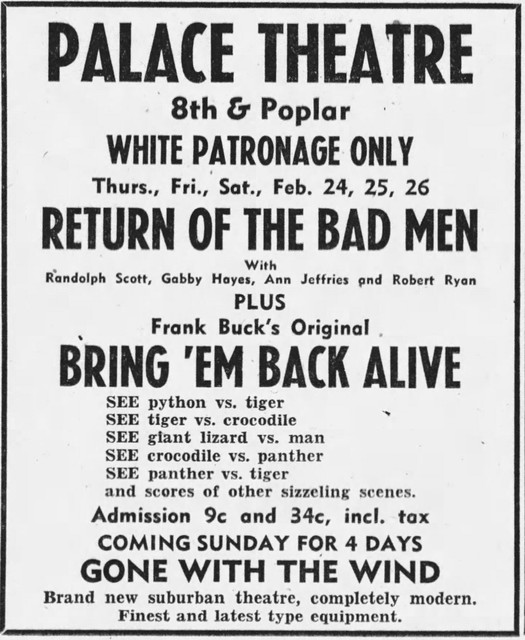 Located at either 806 or 908 W. 8th Street near Poplar Street. Built by R.C. Shanks in 1948, it opened November 24, 1948, for “colored” audiences only. It failed to attract enough business and closed within several months. The building was leased in early-1949 by the Universal Sound Movie Company of Calhoun and Shelburn, IN, and was renamed the Palace Theatre, for “white audiences only.” It reopened on February 29, 1949, with a 40x12 foot screen, air conditioning, a policy of second run major films and did a lot of newspaper advertising in its early years. Google Earth shows the building still standing.