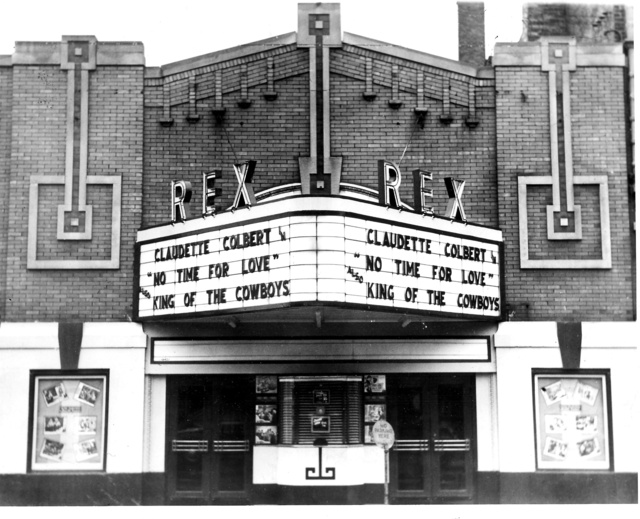 This 400-seat theater opened around 1915 as the Royal Theatre. In 1926 it became the Strand Theatre, then in 1931 the Roxy Theatre. It had been renamed Rex Theatre by 1940, and remained in operation into the 1960’s. It has since been demolished.

This house opened about 1915 as the Royal Theatre. The Prairie Style building was designed by the local architectural firm Peterson & Johnson. According to Rockford: 1920 and Beyond, by Eric A. Johnson, the house later operated as the Strand Theatre and then the Roxy Theatre before becoming the Rex.

The building originally had a “triumphal arch” entrance characteristic of small movie houses in the 1910s, and the peak of the arch could be seen above the streamlined marquee added later.