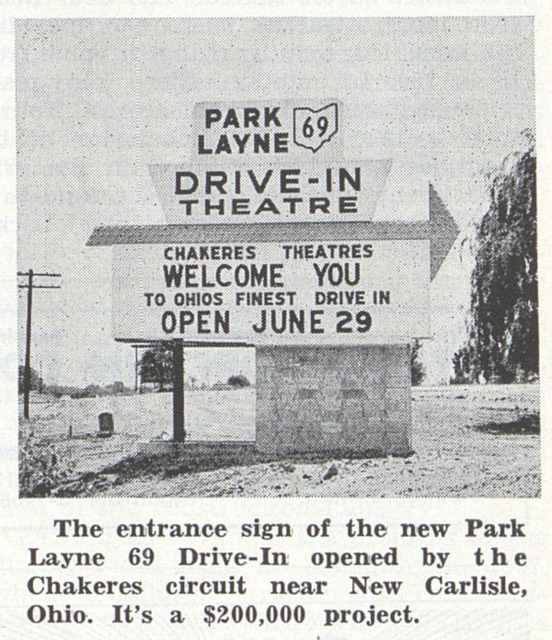 The Park Layne 69 Drive-In opened on June 29, 1962 with 3-feature movies: Elvis Presley in “Blue Hawaii”, John Wayne in “The Commancheros” & Troy Donahue in “Parrish”. It was closed in August 2007. A megachurch now stands on its site.

Aerial and grand opening ad in the photo section.