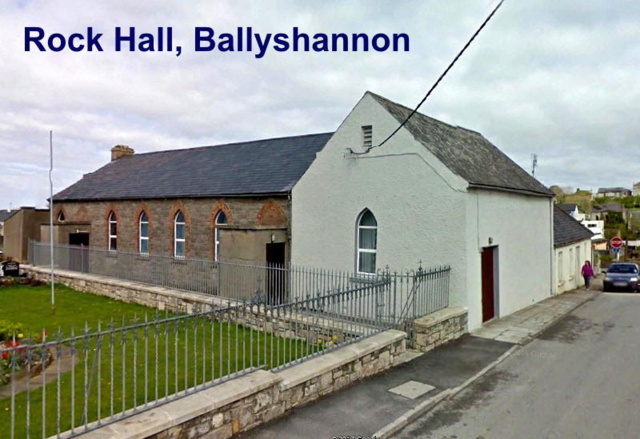 Located in Ballshannon, County Donegal. The Rock Hall was opened on 25th May 1892. Films were originally shown by Bracey Daniels from the 1910’s onwards with seating on benches, seemingly still there in the 1930’s and was equipped with an Electra sound system and had a 14ft wide proscenium. It was latterly run by the Reverend Father C.B. Finnegan and was last listed in the 1948 edition of the Kine Year Book. It is likely that it closed following the opening of two new cinemas in the town, the Abbey Cinema and the Erne Cinema, and became a concert venue.

The Rock Hall was brought back into service in 1969 on a temporary basis when fire damaged the Erne Cinema.