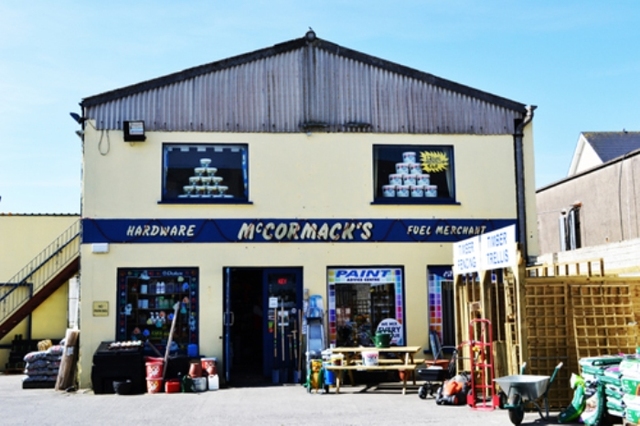 Located in Tramore, County Waterford. The Strand Cinema was built in 1918 by Emily Piper following in her father’s footsteps a few years earlier. He had shown films in the town under the name Piper’s Picture Palace, a portable cinema. It is documented that the film “Lorna Doone” was shown at the Strand Cinema in 1924 accompanied by a couple of featurettes “The Life of Bernadette” and “Pilgrimage to Lourdes”. The ticket office was manned by the local butcher for a while and as time went on films were screened just three days a week in similar fashion to the Palace Cinema. Mrs Piper also operated the Atlantic Ballroom. An article states that the Strand Cinema decided not to convert to talkies and most likely closed in the early-1930’s along with the Palace Cinema. It is however listed in the Kine Year Book up until 1948 albeit without any sound system mentioned!!! The site is currently home to McCormack’s hardware store.