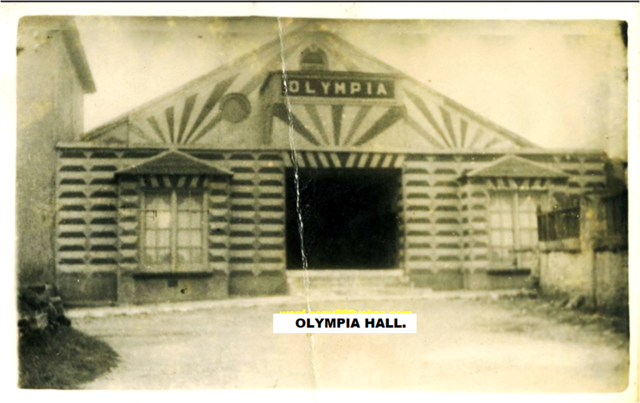 Located in Kilkee, County Clare. The Olympia Hall was situated adjacent to Castle Lloyd House and first appears in the Kine Year Book of 1949. It had 450 seats and a Philips sound system installed, although the seats had to be removed each time the hall was used for dances. It also hosted concerts from travelling showbands, and actor Richard Harris is said to have performed here with the Galway Players. The projection room was situated directly over the main entrance. The Olympia Hall was run by Charlie Fitzgerald, who owned Castle Lloyd which he sold in 1967. The Olympia Hall is still listed as a cinema in the 1971 edition of the Kine Year Book, but it has since been demolished and replaced with housing.