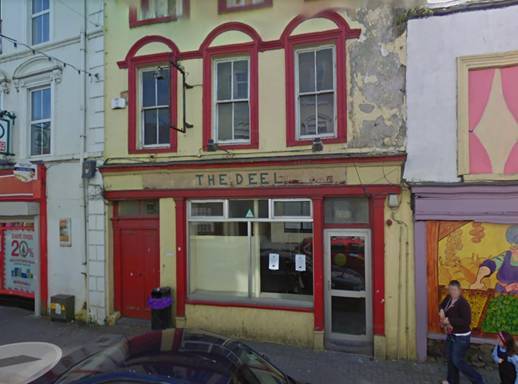 Located in Rathkeale, County Limerick. The Ritz Cinema was situated in the Deel Hall and certainly active during the 1940’s. The Hall also staged boxing tournaments, concerts and whist drives, but probably didn’t survive long as a cinema as it was not in the same league as the Central Cinema. It was nominated for a bit of a clean-up when the local Tidy Towns project took effect in 2014, so probably empty at the time.