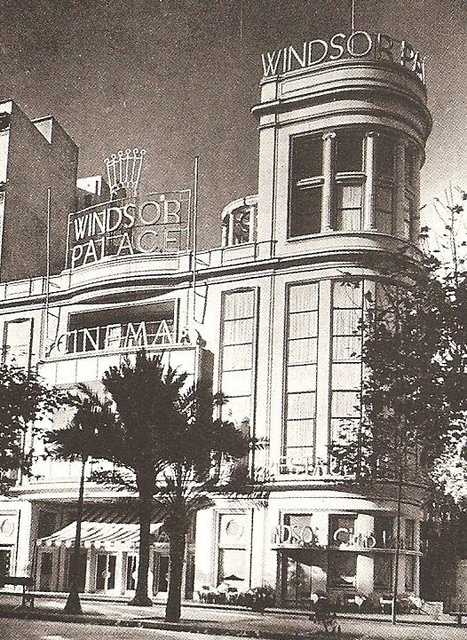 The Cine Windsor Palace was one of the city centre’s luxury cinemas. It was built for the American film company Loews Inc. It opened with a charity presentation on 11th October 1946 with Laurence Olivier in “Henry V”. The following day it opened to the public with Claudette Colbert in “Guest Wife”. In 1947 a luxurious nightclub opened in the basement of the building. Over the years it played many MGM films, with occasional films from other studios. In 1949 its large stage was brought into use when several big musical productions were staged.

The Cine Windsor Palace was closed on 31st December 1970 with Stewart Granger in “Scaramouche”. It has been demolished and offices and retail use now stand on the site.