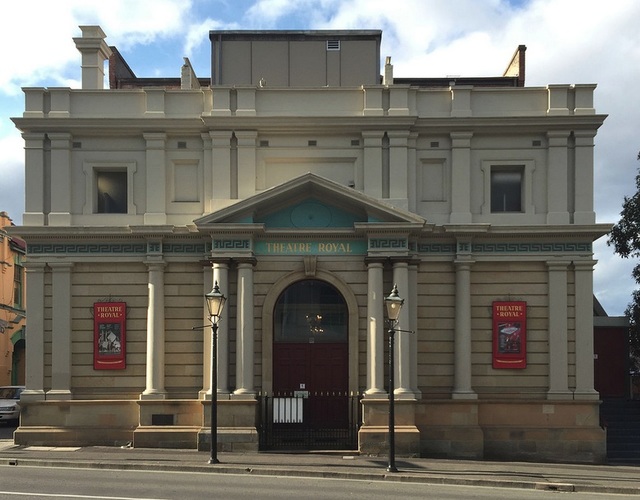 The Theatre Royal opened on 6th March 1837 with the play “Speed the Plough”. In June 1837 it was re-named Royal Victoria Theatre. In the 1850’s a gallery was added to increase the seating capacity and it reverted back to the original Theatre Royal name. It was extensively remodeled in 1910 and movies were screened in the theatre from(circa 1912?) to the 1940’s. Live theatre started again after being restored after a fire in 1949. Restored again after another fire in 1984 which damaged the stage and front of the auditorium. The theatre stills presents live theatre productions. Australia’s oldest operating theatre building.

The Theatre Royal was seen on an episode of “Tony Robinson’s Time Walks(Hobart episode)”.

The theatre Royal building may be heritage listed?