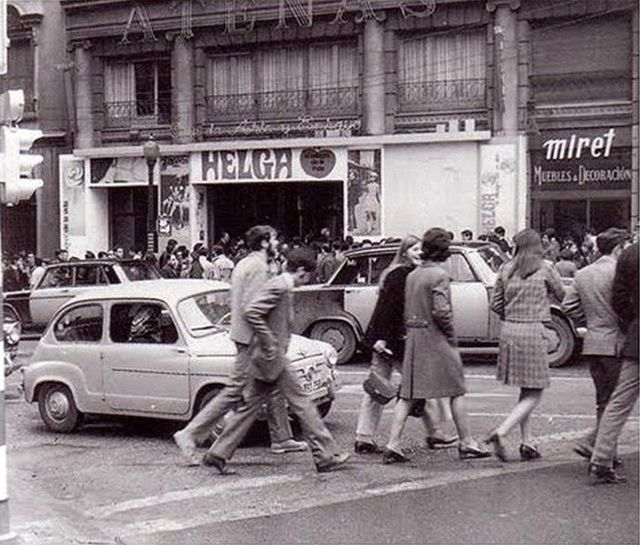 Located in the Sant Gervasy Galvany district in the north of the city centre. The Studio Atenas was opened on 22nd April 1960 with Erika Remberg in “Baja el sol de medianoche”(Under the Midnight Sun) and John Mills in “It’s Great to be Young”. Seating was provided for 577 in the orchestra and 251 in the balcony. The cinema played many British and continental films.

It’s claim to fame was the long run of the West German film “Helga” which opened on 20th December 1968 and played to much controversy as it showed the moment of conception and the birth of a baby. Later re-named Cine Atenas, it was closed on 30th April 1985 It went into retail use as an electrical shop for Sony products and in recent years has been converted into a cafe.