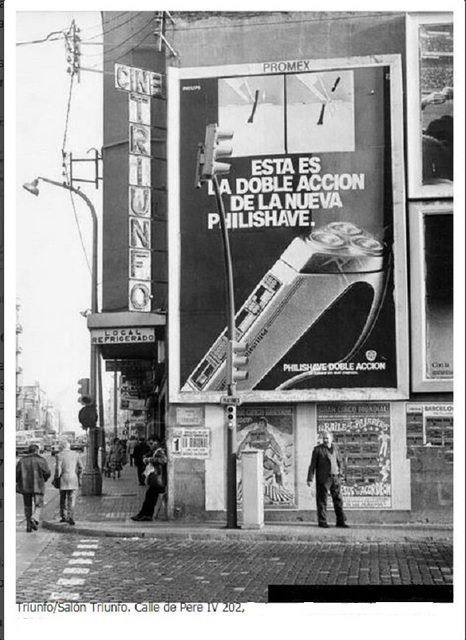 Located in the San Marti district of the city centre. This was the second cinema with the name Triunfo to open in the city. It was opened as the Salon Triunfo in 1914. It was taken over by new owners in 1951 and following a remodel to the plans of architect Carlos Martinez, it reopened as the Cine Triunfo in December 1952. It was closed on 28th July 1982. It has since been deolished and an apartment building with a bank at its base has been built on the site.