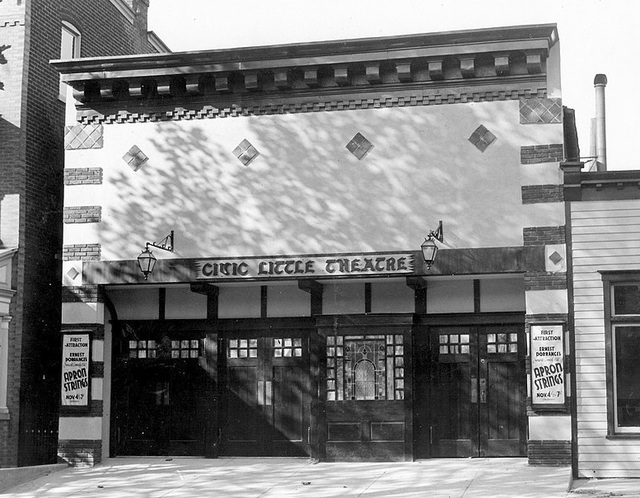 An early neighborhood movie house serving Allentown’s West End, the Madison Theatre opened in September, 1914. In 1916 it was leased by Frank Emmett, manager of the Regent Theatre and Lyceum Theatre, who in 1921 was convicted of having started an arson fire that destroyed the old Lyric Theatre.

The Madison Theatre survived Mr. Emmett’s career, and prospered through the 1920’s, but the onset of economic depression in 1930 and the cost of wiring theatres for sound doomed the house, and by 1931 the Madison Theatre had closed.

In the early-1930’s, the vacant movie theatre was leased by Allentown’s Civic Little Theatre Company and served as a legitimate house until 1947. The theatre company then moved to new quarters, and the Madison Theatre was thereafter occupied by a series of religious groups, serving as a meeting hall for Jehovah’s Witnesses, a Shi'ite Mosque, and most recently a Latin Pentacostal church.