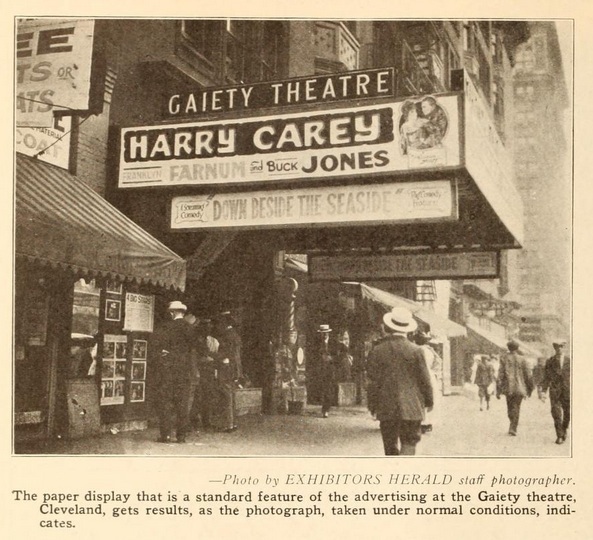 Alan F. Dutka’s Historic Movie Theaters of Downtown Cleveland says that the Gaiety Theatre operated for thirteen years, from 1917 to 1930. It was never wired for sound. During the theater’s relatively brief life the management of the Gaiety carved out a niche for the house by becoming Cleveland’s principal venue for the many sensationalist movies, usually featuring sexual themes, which found a ready audience in the venturesome, pre-code 1920s.