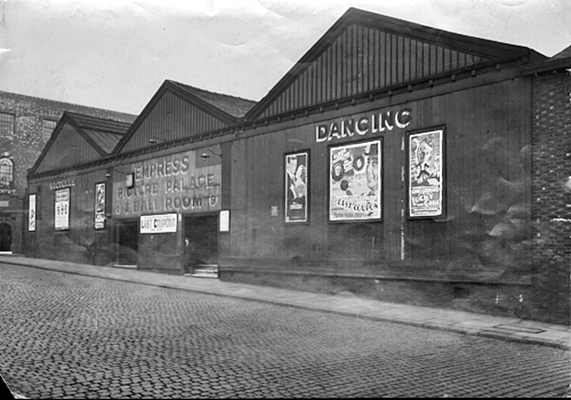 Located in the Pendleton district of Salford to the northwest of Manchester. Originally opened as the Empress Skating Rink and ballroom, it was converted into the Empress Electric Picture Palace which opened on 1st May 1911.

In 1920 it was taken over by the J.F. Emery Circuit and was re-named New Empress Picture House. By 1934 it had been re-named Empress Picture Palace and boasted a ballroom (with a sprung floor) and a cafe. It was equipped with a Western Electric(WE) sound system around 1930.

The Empress Picture Palace was closed by J.F. Emery Circuit on 3rd June 1945 with Don Ameche in “Greenwich Village”.

The building was taken over by crumpet makers Bellamy & Co. who used it as a bakery & warehouse. It was demolished in the early-1960’s.