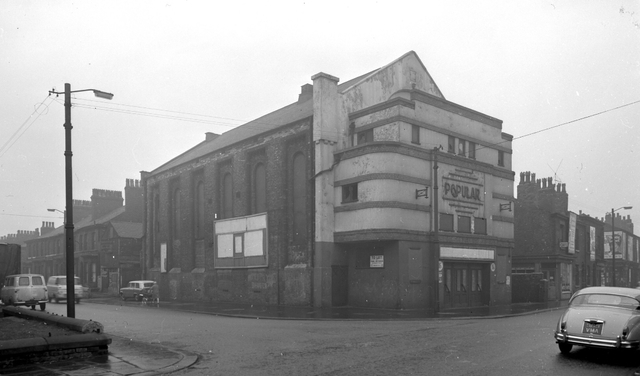 Located in the Manchester inner-city district of Hulme. Situated on Chapman Street (later re-named Cossack Street). The Chapman Street Chapel was converted into the New Popular Picture House around 1916. It had a rather long, narrow auditorium, with a hoseshoe shaped balcony. Around 1930 it was equipped with a British Thomson-Houston sound system.

The New Popular Picture House was closed on 7th January 1961 with David Thomlinson in “Follow That Horse!” & Jill Adams in “Dust in the Sun”. The building was demolished in the whole-sale regeneration of the area, which obliterated Cossack Street so it no longer exists today.