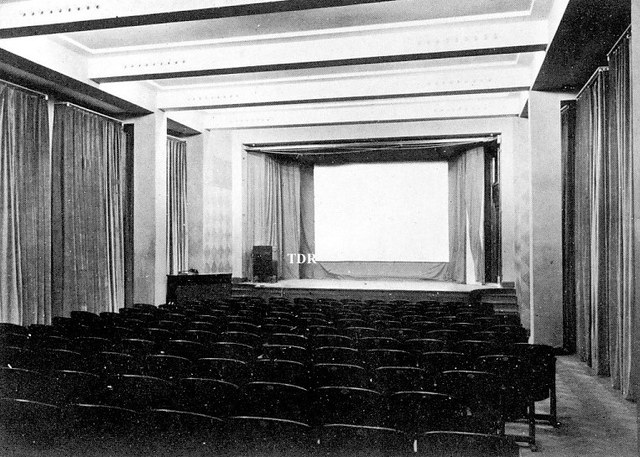 This cinema was located in the Palais des Beaux de Bruxelles, known to day as Bozar. It opened as the Studio Cinema in 1928. It was an arthouse cinema used sometimes for festivals. Some of the films shown include “The Shop Around the Corner”, in the 1950’s Limelight" and in the 1960’s “Zorba the Greek”.

It was closed as cinema in 1969 and is sometimes in use for special events.