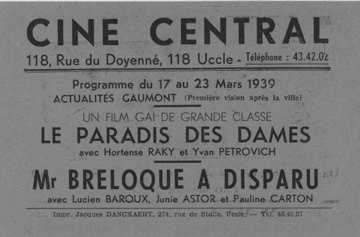 Located in the Uccle district south of the city. Opened in 1933 as Family Cinema or earlier as Cinema des Famille. It became Central Cinema. It had closed by 1955 and became a cine-club for a time. Since then it became a driving school and has been altered.