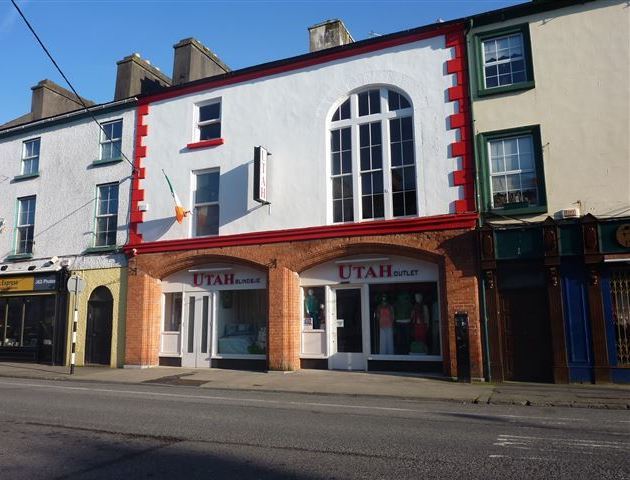 Located in Ballinasloe, County Galway. The Central Cinema is said to have opened in 1932 in the former Harpur’s Dance Hall, although it is not listed in the Kine Year Book until the early-1940’s. It had 500 seats and a Western Electric(WE) sound system fitted. It is believed to have closed in 1997 when the last film to be shown was “The Man in the Iron Mask”. The property was later a bookshop but has been home to a department store since 2008.

Google Street View shows the property empty in 2011 so perhaps a little bit later than 2008.