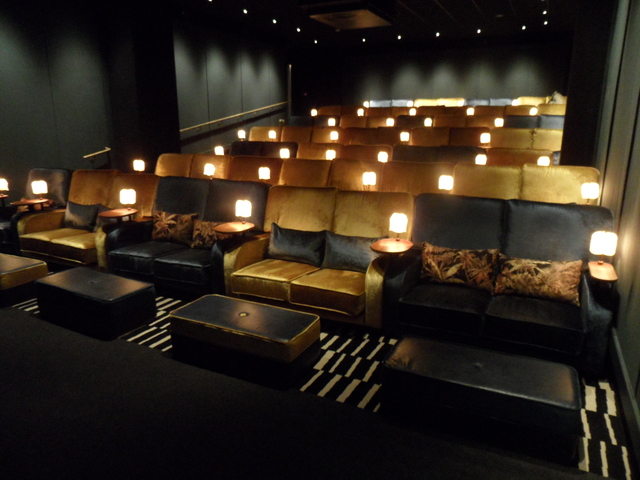 In Bath city centre, just outside the line of the original city wall, the SouthGate shopping and leisure complex was developed by Multi Corporation UK. It was built on a site occupied by the former Southgate Shopping Centre, Bath bus station and Ham Gardens Car Park. (A new bus station was built to the south of the site.) SouthGate is home to shops, restaurants, homes and an underground car park. It was designed by Chapman Taylor to mimic the city’s famous Georgian architecture, with a Bath stone façade.

The new shopping precinct, anchored by Debenhams, opened in three phases, in November 2009 and May and August 2010. The residential units were released onto the market in April 2011. The development won the Georgian Group Architectural Giles Worsley Award for a New Building in Georgian Context in 2010.

On Friday 21st December 2018 the inevitable happened, with the opening of a cinema. The Tivoli Cinema is a defiantly luxury “destination”, with the screening facilities complemented by a restaurant, bar and lounge. Designed by London-based consultancy Run For The Hills, the four auditoriums, Studios 1 to 4, have seating capacities of (respectively) 58, 59, 41 and 54. In keeping with the luxury experience, they are described as “glamourous boutique-sized auditoria that use a palette of midnight blue and gold” and are furnished with one and two-seat sofa-style seats, with decorative cushions for extra comfort (and footstools for the front row!). There is also a 12-seat Director’s Lounge, available for private hire.

The opening films were “Mary Poppins Returns”, “The Grinch” (2018), “Fantastic Beasts: The Crimes of Grindelwald” and “Creed II”. Alongside the blockbusters, Tivoli Cinema aims to be a showcase for independent and art-house films.

The Tivoli Cinema is the first in a new luxury brand being introduced by Empire Cinemas UK. A further site at Cheltenham opened as the Tivoli Cinema in September 2021 (it has its own page on Cinema Treasures). Several members of staff have been brought in from the circuit’s cinema in Swindon to assist with their experience of cinema operation. I received a very warm welcome when I visited on Wednesday 20th March 2019, to see the comic book adaption “Captain Marvel”, with the enthusiastic staff kindly allowing me to have a look around.