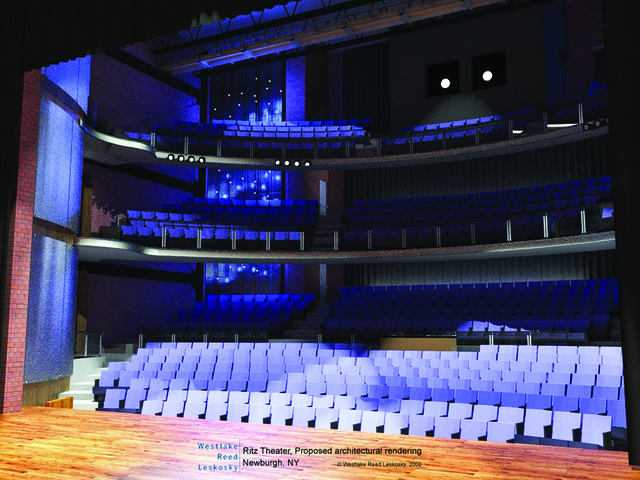 In February 1999 James Deyo who owned the Hotel Newburgh next door reopened the Ritz Theatre, which by this time had been carved up into four screens discount venue. Attempts to play second-run and Spanish language movies flopped. The theatre closed again in June 1999 after selling only 700 tickets in its 17 weeks in business.

The Hotel Newburgh next door is now supportive housing run by Safe Harbors of the Hudson. They began to restore the Ritz Theatre back into a live performing arts space in 2009.

We are working very hard to restore this historic gem! Please contact us if you would ever like to take a tour of the space, or would like more information. Sincerely, Kristen Cronin (Ritz Theater)

I think it’s sad that someone has to bring up the article above. This thread was all about fond memories and the granduer that was Newburgh way back when, and how its slowly returning to that. Siting the article above has no bearing on the topic at hand (Cinemas), and only creates the image that Newburgh is a place you have to fear. There are a lot of wondeful things in Newburgh today, maybe you should point these things out instead of an article that conveys only reinforces the stereotype close-mindedness that plagues the area…

Well, theyove reopened while the restoration continues. They have concerts taking place and their website is http://www.ritztheaternewburgh.org/

The Ritz Theater and La Bella Strings, in association with the Bardavon, are pleased to announce the lineup for the fourth season of the Tom Humphrey Guitar Series. Tickets are available beginning September 28 for $25 each, please call the Ritz Theater Box Office at (845) 784-1199. Seating is limited, purchase tickets to all five shows by October 5 and receive reserved seating in the first four rows! For more information please email

Anyone have photos looking up or down Broadway when the Ritz Theatre was Cinema I and II? Thanks

The Ritz Theater and Newburgh Veterinary Hospital, in association with the Bardavon, are pleased to announce the first concert of the 2012-13 Tom Humphrey Guitar Series. On Saturday, September 29 at 8 PM, Rory Block will perform. Rory Block has become one of the world’s most important preservers of the roots of American blues music and an uncompromisingly mature artist. Her playing and her singing are always otherworldly as she wrestles with ghosts, shadows and legends.

The concert will be held in the Ritz Theater Lobby at 107 Broadway in Newburgh. Tickets are $25 each and can be purchased by calling the Ritz Theater Box Office at (845) 784-1199. For your convenience we accept all major credit cards. Tickets may also be purchased through TicketWeb at (866) 468-7619, www.ticketweb.com. All tickets are general admission and include a reception with the musicians immediately following the concert. Seating is limited.

Check out our website for the concert lineup for the 2012-13 Tom Humphrey Guitar Series. All proceeds benefit the restoration of the last remaining historic theater in Newburgh, NY http://www.ritztheaternewburgh.org

Thank you for your comment Tinseltoes. When the Ritz first opened in 1933 it was named the Ritz Theatre. The theater and building has since changed hands and been renamed over the decades (for example it was Cinema I Cinema II for a while). Since purchasing the building in 2002, we are established as a non-profit organization and named the Ritz Theater Newburgh, Inc. (a 501 © (3) organization). We are harkening back to the original name as closely as we can. The current Marquee is in need of restoration, and should be completed by this fall. Please stay tuned for updates!