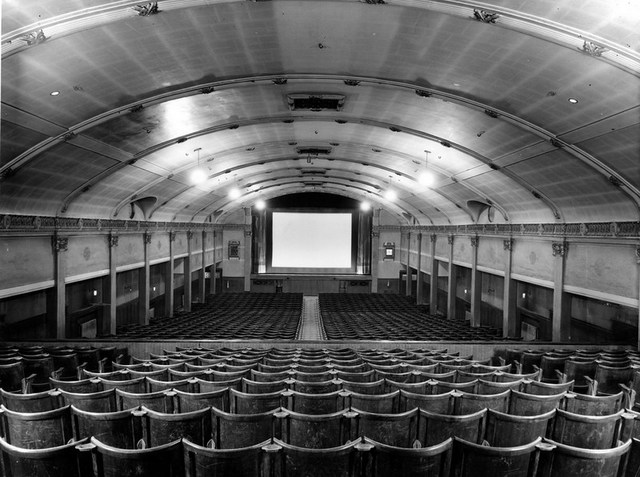 Located in the Parkhead district in the East End of the city. The Parkhead Picture Palace was opened in July 1921 by Jonn Maxwell’s chain Scottish Cinema and Variety Theatres(SCVT), taken over by Associated British Cinemas(ABC) in 1928. Architect was George Gunn, who provided seating for 1,250. Entrance was through a tunnel in a two-storey tenement, and the auditorium had a small balcony, Corinthian columns along the side-walls and a barrel-vaulted ceiling. It was also affectionally known as the The 3 P’s. It was closed on 19th August 1960 when it was destroyed by a fire.