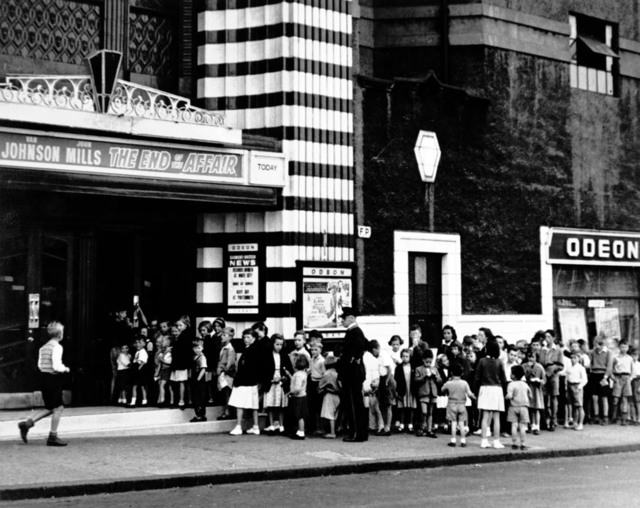 Located in Amulree Street near Shettleston Road in Glasgow’s East End Shettleston district. The Broadway Cinema was designed for the George Singleton Cinemas chain by architect James McKissack and built at a cost of £30,000. It opened on 5th June 1930. Odeon Theatres Ltd. bought the cinema in September 1936. The Odeon Shettleston was closed on 25th November 1967 and converted into a Top Rank Bingo Club, later to become a Mecca Bingo Club. It was demolished in August 1995. Housing has been built on the site.