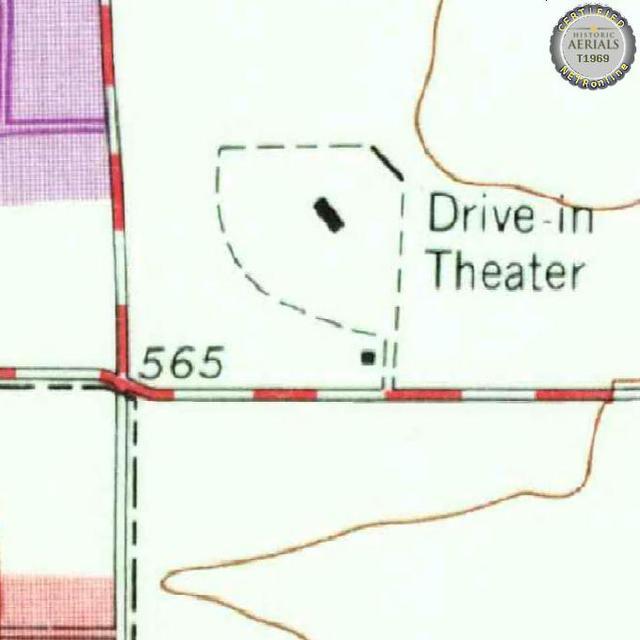 “New Stadium Drive-In Theatre has been opened here by Bill Boren, former theatre operator in Fort Worth. The ozoner has 566-car capacity. This is the 19th theatre opening for Boren.

I found a drive-in in a 1958 aerial at the present-day address of 2001 Glenbrook Meadows Drive in Garland on the north side. (The only other known Garland drive-in at the time, the Garland Road, was south of town.) Back then it was the middle of an empty field north of town with entry/exit paths from Buckingham Road and Glenbrook Drive.

The drive-in continued to be shown on topo maps through at least 1969, but a 1968 aerial shows the screen gone.