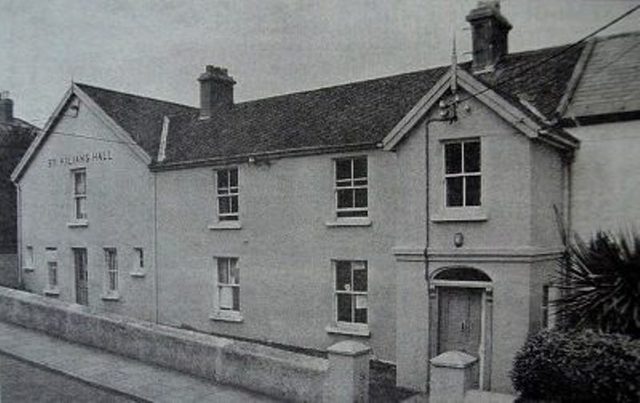 Located in Greystones, County Wicklow. The hall was built as a parish hall, originally called Trafalgar Hall, and used as a meeting place by the Orange Lodge. It was largely rebuilt following a fire reopening in 1928 and was home to a cinema, dance-hall and snooker hall, and was also used by the scouts. Discos were often held here in the 1990’s but the St. Kilian’s Hall was sold at auction in July 1999 and demolished three years later. The site is now apartments in keeping with the old architecture.