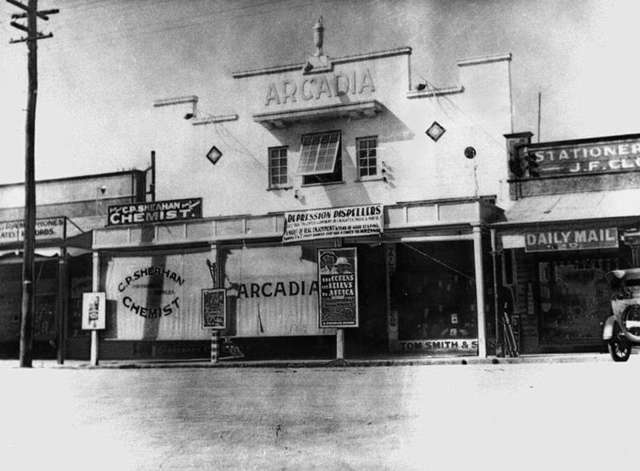 The Arcadia Theatre was opened prior to 1930. In 1938 it was purchased by the Sourris family. It was still open in 1969, but it unknown when it closed. Films returned in June 2018 when the Stanthorpe Film Society began screening films to its members from June 2018 for 5 months. It was hoped the same would happen in following years' winter months. In 2019 it is in its main use as a convention centre.