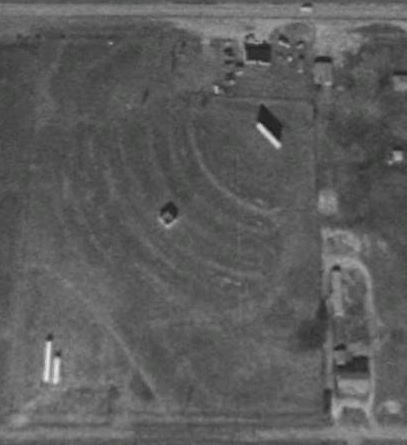 The September 25, 1954 Motion Picture Herald reported: “A new drive-in, located west of Prague, OK. was opened September 14 1954. The theater is owned and operated by Si Barton, who handled the operation of the Savoy Theatre in Prague last year.”

Right behind Prague Wrecker service the ramps are still visible on Google maps at the above address.