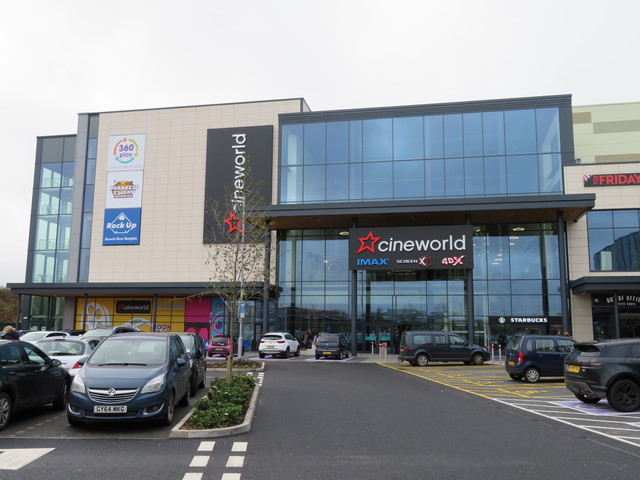 Located off the A45 on the outskirts of Rushden, Northamptonshire, the development of the Rushden Lakes leisure and retail park has proved controversial. Back in 2014, concerned about its likely impact on nearby Northampton city centre, councillors objected to the initial development. However, they were over-ruled, after a public enquiry, by the Secretary for State. Rushden Lakes opened in 2017, with 50 units and, according to the owners, four million people visiting in its first year.

In October 2018 proposals were put forward to expand the park with a further 29 units. Once again, councillors in Northampton expressed their concerns that the park “would become a town centre in its own right”, citing the number of stores in the city that were already vacant.

However, once again, their objections were over-ruled, and one of the new attractions, a Cineworld multiplex, opened on Friday 28th June 2019. This has the full range of new screen developments, with IMAX, Screen X and 4DX auditoriums, plus a Starbucks cafe.

The entire ‘leisure terrace’, including the Cineworld, was evacuated and closed at 1pm on Sunday 9th February 2020 when Storm Ciara resulted in some of the exterior cladding being pulled loose. The cinema subsequently lost out on lucrative half-term custom but, following remedial work, it was able to re-open at 2pm on Tuesday 3rd March.