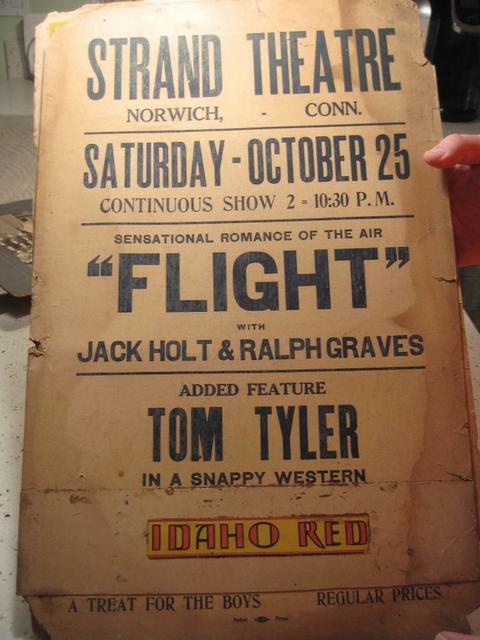 A vintage movie theatre that certainly existed by 1926 but does not seem to be an alternate name for any other Norwich theatre. There is a 1929 handbill promoting Frank Capra’s “Flight”. The Strand Theatre was still open in 1943. It was condemned in 1944 and was demolished.

It was rebuilt in 1946 and opened as the Lord Theatre (not to be confused with the former Lord’s Midtown/Midtown Cinema which has its own page on Cinema Treasures).