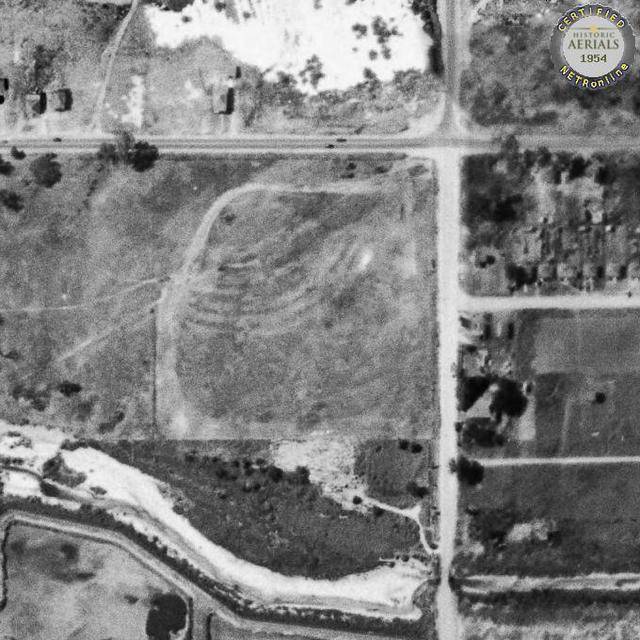 The Oklahoman of Oklahoma City ran a sidebar of drive-in history in the state. One entry was, “1948 - Fair Park Drive-in, the first all-black drive-in in the Southwest, is opened at NE 10 in Oklahoma City.” It was opened on July 17, 1948 with Glenn Ford in “Framed”.

This drive-in was at the southwest corner of NE 10th Street and N. Bryant Avenue. Nothing remains today. The 1948-49 Theatre Catalog listed it with a capacity of 250, Exec: Horace Falls, S. W. Theatres Co. It was gone in the next edition.

That first name was Horace R. Falls, who worked for Griffith Amusement for 20 years before leaving in 1946. Falls the ran a theater in Lawton for 2½ years, then went to Dallas in 1949, where he spent the rest of his life.

I’ve uploaded the top of the Fair Park’s grand opening ad. It shows that the first program was the Glenn Ford movie “Framed,” plus a two-reel comedy and cartoon. There were two complete shows at 8:10 pm and 10 pm - quick turnaround!