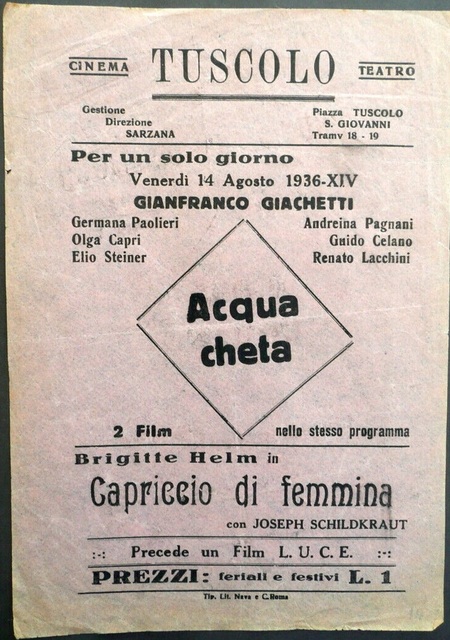 A long-lost neighborhood cinema in the San Giovanni district of the city. References to it suggest a fondly-remembered venue. It existed in the early fascist era and through the 1940’s.

A listing in the Rome newspaper from May 18, 1940 has the Tuscolo showing two films: the 1937 American “Adorazione” (The Woman I Love) and the 1933 British “Il duca in vacanza” (It’s a King). Also a LUCE newsreel. British and American imports would not be possible during the upcoming war.