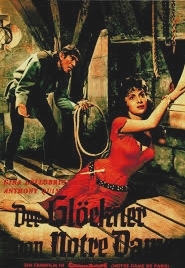 Located in the Mitte district of the city centre. The Esplanade Theater was screening films from 1948. It was designed by architect Casar Pinnau. It was considered the leading arthouse cinema in the city screening European films and was called “the most beautiful cinema in the city”.

It was twinned in 1973 and closed in 1982. It now operates as Esplanade 17 Royal Casino Club and features live performances by “Internationale girls” for adults only.