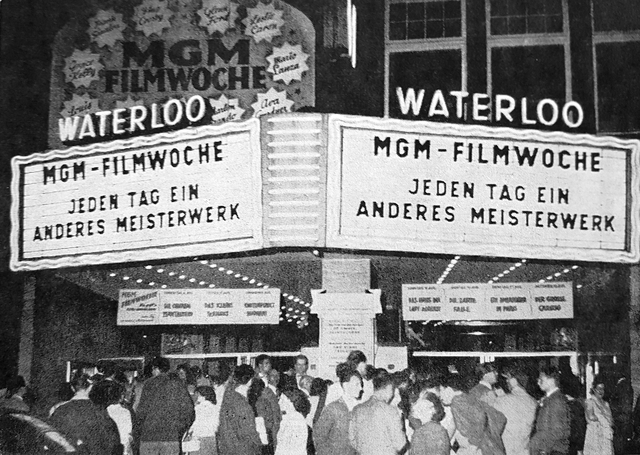 Located in the Mitte district of the city centre. The Cinerma Theatre was opened in 1909 with a programme of short films. It was later re-named Waterloo Theater. In 1929/1930 it was equipped with a Klangfilm sound system and talkies such as “Atlantik” starring Fritz Kortner & “The Singing Fool” starring Al Jolson were screened.

In 1956 it was operated by Metro Goldwyn Meyer and re-named MGM Waterloo Theatre. That same year CinemaScope was installed with 4-channel steophoning sound system by Klangfilm was added Later 70mm TODD-AO 6 channel stereophonic sound system with Friesk und Hopner FH 99 projectors were added. In 1973 it was operated by Cinerama Filmgesellschaft GmbH and was closed in 1974 with Walt Disney' “Bambi”.