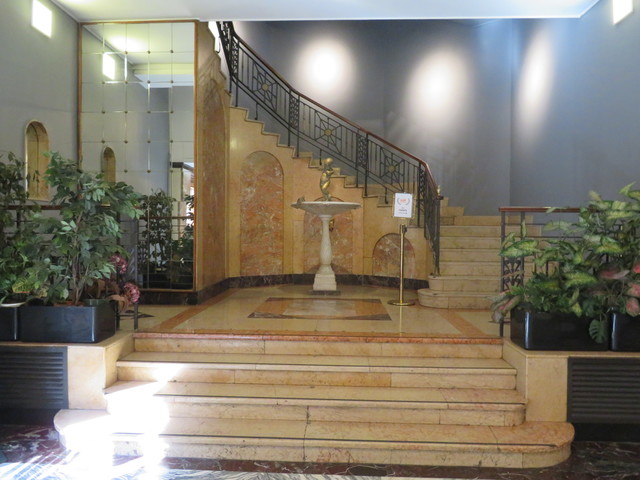 Located in the Guastala district to the east of the city centre. This magnificent Italian Renaissance style building was converted into a 3-screen cinema on 5th December 1988 with a total seating capacity of 1,071. In 2005 another 3 screens were added and it operated as the 6-screen Multisala Colosseo. Seating capacities range from 360 down to 60. The screens have individual names, named after cities known for their film festivals: Venice, Cannes, Berlin, Sundance, Locarno. By 2019 it was operating with 10-screens. The largest screen has 359 seats, other screens have 143, 135, 134, 130 x2 & 57 x4.

It is one of only a few of the original ‘movie palaces’ of the city to still survive (albeit altered into 10-screens). The Cinema Colosseo was opened on 8th April 1927 with Jean Angelo in “La fine de MonteCarlo”. Designed by an architect named Rimini, the original single screen auditorium had seating provided for 2,000 in orchestra and a horseshoe shaped balcony. It was damaged by Allied bombs in August 1943 and was closed for a year.