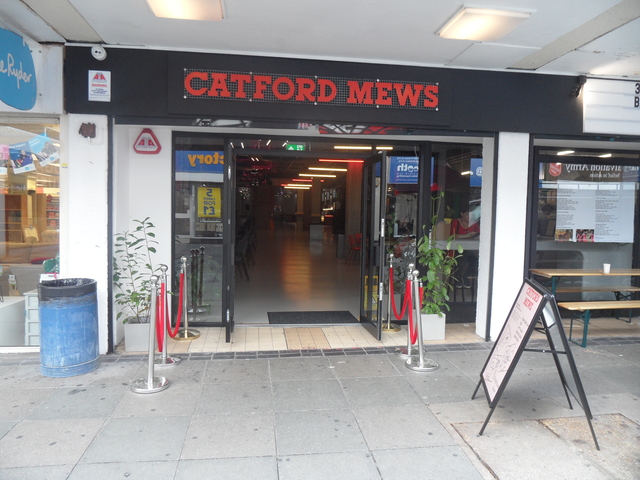 Located in the south-east London district of Catford, the aptly named Catford Mews has been designed by Really Local Group to have a strong focus on the local community, with the cinema screens part of a wider offer which also includes a café, bar and five local food vendors, plus a community room and a live music space.

The name pays tribute to the original Catford Mews, which housed a number of market stalls before being replaced by a Poundland discount store. Neither of these ventures gave any indication of the site’s true potential, with Poundland using only a tenth of the available space for the shop, with the rest reserved for storage.

So there was a lot of work to do. Outreach and consultation started in 2017, leading up to the beginning of construction in March 2019.

The rather modest entrance leads into a very large food court which, in turn, leads through to an equally large cinema foyer and bar/lounge. There is, indeed, a great deal of space for all the activities that it is hoped the venue will attract.