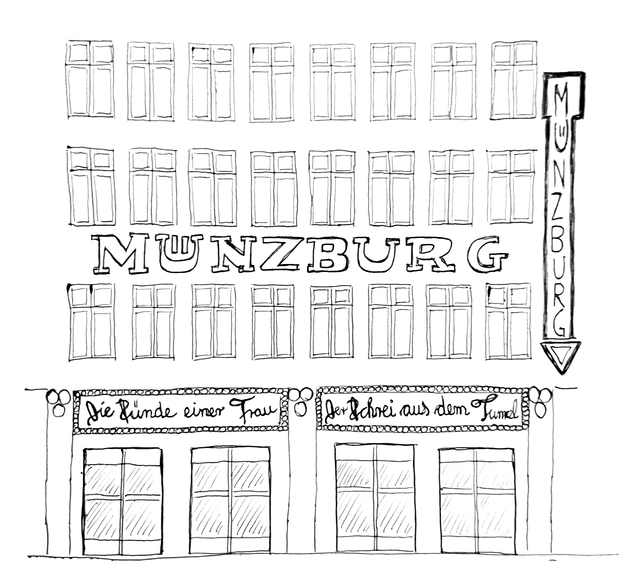 Located in the Altona district in the city centre, close to the Rathaus (town hall) and Muenzmarkt. The Muenzburg Lichtspiele was opened on 21st September 1928 and was operated by the Muenzburg GmbH. The architect was K. Rahlf. In 1930 it was equipped with a Tobis sound system. In 1931 it was operated by Fritz Spahn and in 1937 Henning Walter took over In 1939 the facade was decorated with black glass.

In 1943 the Muenzburg Lichtspiele was destroyed by Allied bombs during World War II. Today at this site is the Walter-Moeller Park