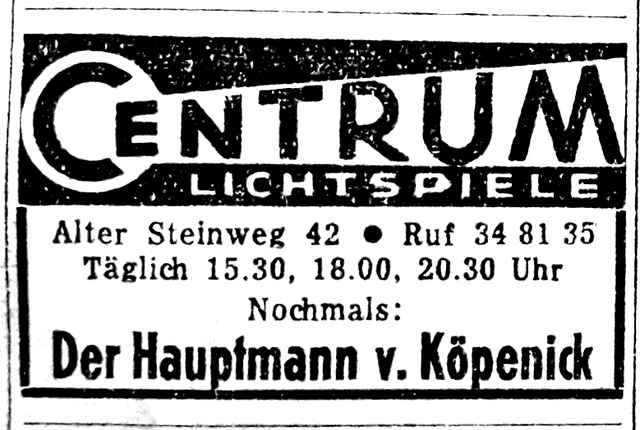 Located in the centre district of Neustadt. The 400-seat Centrum Lichtspiele was opened in 1927 and was operated by Walter Hennigs. In 1928 it was re-named Zentrum Lichtspiele. In 1943 the cinema was partly damaged by Allied bombs during World War II and was closed.

In 1955 it was repaired and the seating capacity was expanded to 600-seats. It reopened as the Centrum Lichtspiele and was operated by Freetwurst, Marscheel & Fertig. CinemaScope was installed in 1955. The B 8 B projectors were by Bauer Stuttgart. A Klangfilm sound system was installed. The Centrum Lichtspiele was closed in 1962. A cafe now occupies a building at this address.