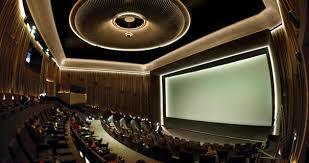 Located in the centre of the city. The IMAX XXL 3D opened in 1999 at the top of the roof of the shopping centre named Zeilgalerie. It was operated by M Theater Verwaltungsgellschat GmbH, which was part of the Ufa chain, Ufa Theater AG Duddeldorf. It was equipped with analog 70mm IMAX technology. The screen size was 220 square-metres. The IMAX XXL 3D was closed on 28th February 2003. It was soon reopened by Frederik Hohrath in July 2003 and was re-named Skylight Filmtheater. It was closed at the end of 2003. Between 2003 and 2007 the cinema was not in use.

On 17th May 2007 the cinema was re-opened and re-named Cinemagnum 3D and was operated by Wolfram Weber with an investment of 250,000 Euro. Mainstream movies were shown.

In December 2012 Hans Joachim Flebbe took over and it was re-named Astor Film Lounge at Zeilgalarie. The cinema was remodeled and the number of seats reduced. It was part of the growing Astor Film Lounge chain with a concept of luxury cinemas. The lease on the cinema ended in February 2016 and it was closed and demolished. The last movie to be screened was “Hail Ceasar!” starring Josh Brolin and directed by the Cohen brothers. The shopping centre was enlarged using the site of the former cinema.

Hans Joachim Flebbe built a new Astor Film Lounge in the same street on the 4th floor named Food Opia of the My Zeil shopping centre. It was opened on 25th October 2019 and has its own page on Cinema Treasures.