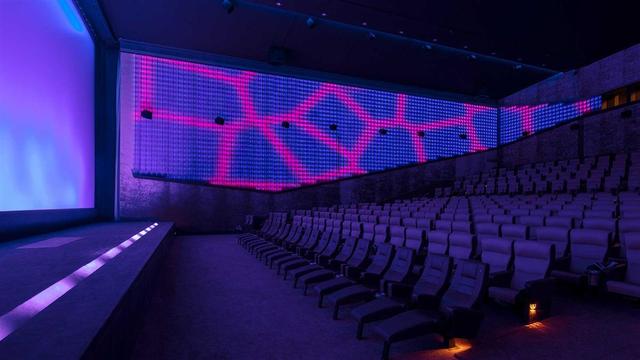 Located in the Maxvorstadt district in the north of the city centre. The Capitol Filmtheater was opened in 1926 with 960-seats. It was operated by Maria Zach. The screen size was 10x5 metres. In 1932 a Klangfilm sound system was installed. In World War II the cinema was (maybe partially) destroyed by Allied bombs. It had re-opened by 1949 still named Capitol Filmtheater. In 1953 ARRI started to repairs the cinema.

The ARRI group is a supplier of motion picture cameras, lenses, lighting, filmscanners, filmlaser & post production equipment. Nearby to the cinema are the ARRI TV & film studios and there was also an ARRI film laboratory for 16mm & 35mm analog film. ARRI were based in Munich on Tuerkenstrasse near the cinema and was founded on 12th September 1917 by August Arnold & Robert Richter. The ARRI group have a long tradition building the very best camera syatems. The newest model ALEXA & ALEXA 65 was used to film Academy Award winners for Best Cinematography including “Hugo” “Life of Pi”, “Gravity”, “Birdman” & “The Revernant”.

The cinema was re-named ARRI Filmtheater and was used in daytime as a recording studio for sound music and in the evening as a cinema with a capacity of 500-seats. It was operated by Rudolph Engelberth Union Theater GmbH. It was equipped with CinemaScope and a 4-channel stereophonic sound system. The E X projectors were by Ernemann. In 2018 the ARRI Filmtheater was closed for remodeling.

A TV studio was converted into screen 1 and the auditorium of the old ARRI Filmtheater was converted into screen 2. On 6th December 2019 it opened as the 7th cinema of the Astor Filmtheater chain, renamed Astor Filmtheater at ARRI. It is operated by Hans Joachim Flebbe. The luxury concept includes a doorman, welcome drink, recliners seats with service at seats. There are no commercials in the pre-programme and the best projecting technology like a laser P6 projector and Dolby Atmos sound have been installed. Screen 1 is also equipped with analog 70mm projectors and classics such as “2001-A Space Odyssey” & Lawrence of Arabia" have been screened, along with newer films such as “Hatefull 8”, “Murder on the Orient Express”, “Intersteller” and “Joker”, all presented in the splendour of 70mm. The screen size is 200 square metres.

The Astor Film Lounge group also has cinemas in Berlin, Braunschweig, Koln, Hannover & Frankfurt Main. They all have their own pages on Cinema Treasures.