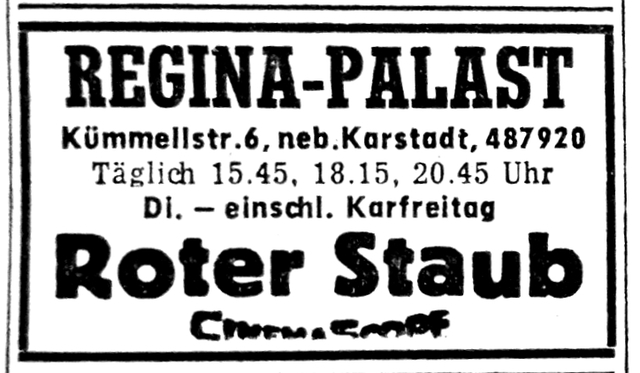 Located in district of Eppendorf to the north of the city at the corner of Kuemmelstrasse and Eppenforfer Landstrasse. The Regina Palast was opened in 1956 and was operated by Heinrich-Seinke. CinemaScope was added in 1958 and a Perspecta sound system was installed. The E VII B projectors were by Ernemann. The seats were by Kamphoener. Later it was re-named Monokel Kino, operated by the Brockstedt brothers. It was closed in 1978.