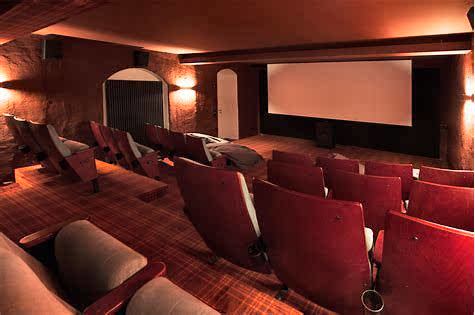 Located in the Neuhausen-Nymphenburg district to the northwest of the city. The Lichtspiele des Westens was opened in 1912 and was operated by Margarete Habeder. In 1918 it was re-named Hindenburg Lichtspiele. In 1929 it was re-named Volkslichspiele and it ran through World War II without sustaining any damage.

In 1952 it was operated by Hans Haibig and was re-named Mazim Kino. The E VII B projectors were by Ernemann.

In 1991 the cinema was operated by Siegfried Daiber. In 1993 it was operated by Maxim Gbr Dechert, Peinze & Ecker. In 2016 it was re-named the Neues Maxim Kino and a second screen downstairs with 26-seats was added. The new managers are Anne Harder, Regina Stoiber, Beate Muschler & Bernd Krause.