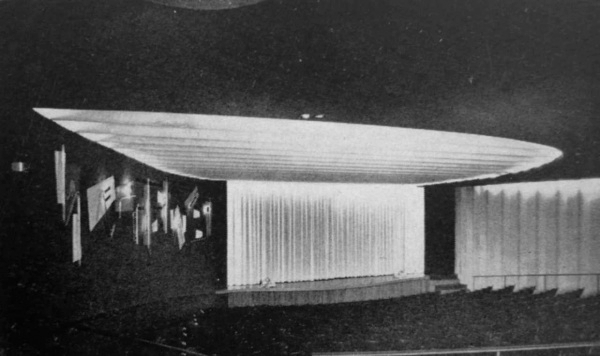 The Europa Palast theatre was part of the Europahaus building which opened around 1954. The architects were Paul Bode who was based in Kassel & P. Poelzig. The interior design was by Werner Woelfer from Duisburg. The cinema had 1,190-seats. It had a stage in front of the CinemaScope screen which measured 4.8 x 11.5 metres. The B 12 projectors were by Bauer and a 4-channel stereophonic sound system was by Klangfilm. The seats were by Schroeder & Henzelmann. In 1962 the cinema was operated by Hans Eckelkamp Theatergesellschaft and was a member of Gilde deutscher Filmkunsttheater.

It was closed in 2003 and was used as a live theatre named Comoedie. In 2009 the Europahaus building was used as a bibiliothque (library) In 2011 the former cinema was in use as a discothque named High 5, which closed in 2013.