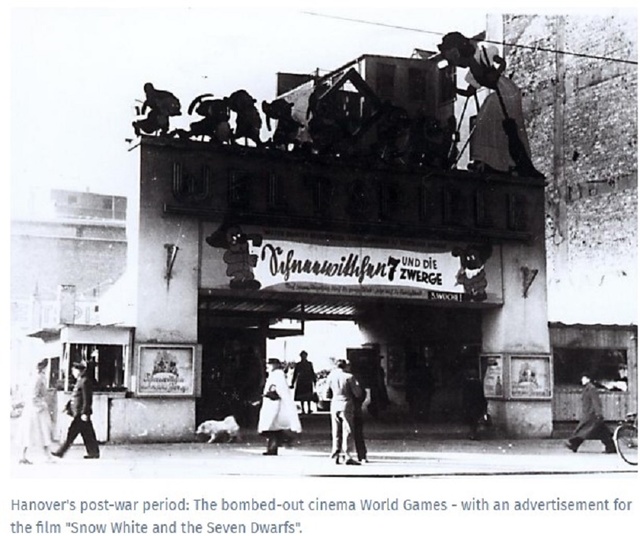 Located in the city centre. The Weltspiele Filmtheater was opened in 1924 and was operated by Otto Blume. In 1930 a sound system was installed. In 1931 it was operated by Walter Blume. In 1933 it was taken over by the Palast Lichtspiele - Weltspiele Theatergemeinschaft. Around that time the first Ufa produced movie in colour “Frauen sind die besseren Diplomaten” (Women are Better Diplomats) was a huge hit with 250,000 tickets sold. In 1937 the Vereinigt Theater Hagen & Sander KG (part of the Ufa chain) took over. In 1943 the cinema was destroyed by Allied bombs during World War II.